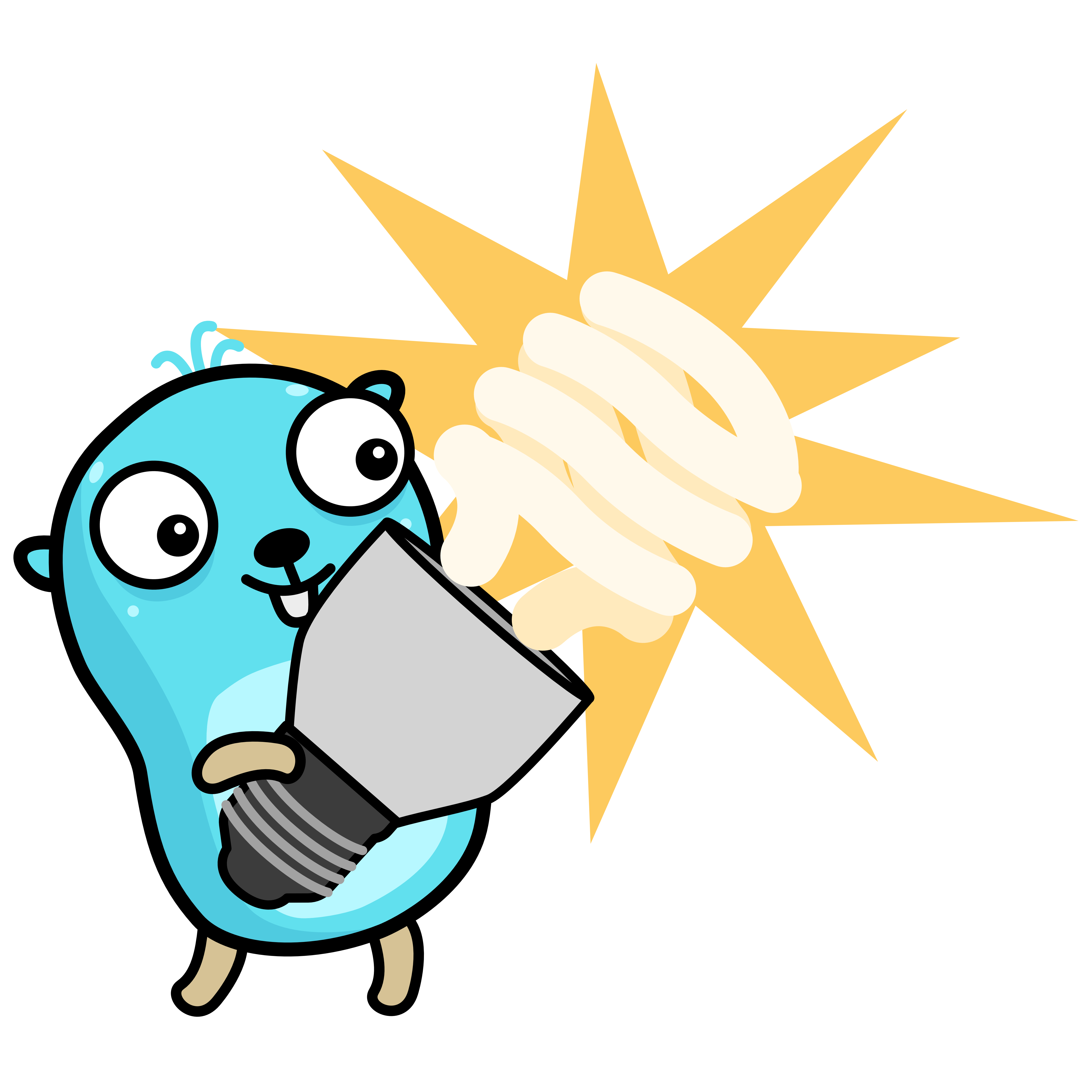 Since I am about to start at a new client as DevOps engineer, I have been busy digging through some of the tools they use. Unsurprisingly, one of those tools is Jenkins. In order to catch up, I found myself back zifting through articles and documentation regarding old and newer versions of Jenkins. Although reading the documentation before starting is a sometimes forgotten best practice, I also want to be able to hit the ground running from day 1. E.g. I am going to need a bit more hands-on experience as well.

Next to that, I recently made the switch from Windows to MacOS. In the past I have made heavily use of linux machines, both professionally and personally, so I knew about apt for package management. Once you first make use of sudo apt-get install ..., there is really no going back to installing through manual downloads and installation wizards. It is just amazing. Apt-get install, watch the logs fly through the terminal and start using your downloaded application. You need an update? sudo apt-get upgrade .... You are done using it? sudo apt-get remove .... While Chocolatey offers some of these features on Windows, it does not work quite as smooth as apt. Neither does it really stack up to its cousin for MacOS, which is what I will be using: Homebrew.

Finally, I have started tinkering with Go recently. Go is a programming language originally created by Google in order to solve some of the problems a company like Google typically faces: tens of thousands of engineers, lots of software and systems, millions of lines of code (especially behind their network servers) being developed by hundreds of programmers, and finally lots of hardware on which all this software was launched. Nowadays it is used by many open-source projects. Personally, I love having a language as easy to write and read as python, without the slow compilation of C++, yet matching some of its speed.

Bringing those three ingredients together (Go, Jenkins and Homebrew), with Jenkins as the centrepiece, one of the possible results would be a golang based Jenkins API client! Or maybe some sort of reconstruct of Jenkins using Go and Homebrew, but let’s not dive into that rabbit-hole. So, in order to get more experience with Jenkins, while also getting more familiar with the tools I recently started using, I decided to start creating Jengo: a Jenkins API wrapper written in Go and distributed using Homebrew.

Next to that, by writing this up in the form of a blog-post, I hope future-me will easier retain some of it!

The full code is available here. Feedback, comments, issues and pull requests are more than welcome. Here I provide a short overview with some pointers.

In order to make API requests to the Jenkins API, you either have to authenticate using username + password, or token + password. The net/http package defines a http-request-object with methods that allow you to set those:

In order for the application to actually find the Jenkins server, it is necessary to define the location of the server. As such, a configuration-file is expected at ~/.jenkins.yaml. In the future it might be possible to customise this, but I am not sure whether I am going to need it. Overall, I intend to stick as much as possible to a structure like ~.kube/config, and provide a bit more security in the future in order to protect possible sensitive information here. This file is expected to look something like:

In order to abstract away some of the complexity that comes with handling user input through a CLI, I make use of a Go package called Cobra. This also means that the code is structured somewhat around it. You will find code corresponding to commands in the cmd folder, which will call functions and packages from src.

Please note that because Cobra makes use of flags using the Go flag package, which is also used by the Go testing package, it is necessary to keep these cmd files out of the module. This is because the flags used for the different packages get intertwined, and Go has no built-in method to distinguish them. Separating the cmd folder out of the module might not be the best way to handle this though, so suggestions on this topic are more than welcome! The concept of modules is actually quite new to Go. It was introduced in in 2019, and aims to solve general dependency issues. As such, you still might see some repositories or applications out there either still transitioning or intentionally holding off.

In order to prove that the code actually behaves as intended, I have included a couple of tests. Later, these are also used for testing whether new code does not introduce new bugs using Github actions. Yes, I understand that having only 4 tests in there is not going to do a whole lot of good for my overall code coverage, but you have to start somewhere. I will add more, some day, some time. Maybe. Let’s see where this goes first.

Right, so, after coding up the CLI, requests, response handling and tests, it is time to take this to the next level. In order to make updating this code in the future easier (which I intend to do), and to be able to distribute this via Homebrew later on, there are a couple of things that you might want to take into account:

In order to achieve some continuous integrating through the automation of tests, we are going to make use of Github Actions and goreleaser. Configuring a Github Action in order to run these tests we have written earlier, can be done with the following workflow:

Note that we are running this test over a matrix of go-versions and operation systems. For the rest, the execution steps are fairly straightforward: install the required Go version, get the code and run the tests using go test -v ./.... This makes sure that the tests in all the subfolders are executed, and that the output is a bit more verbose than an overall pass or fail.

If you are interested in some of the results, they are available here.

Also, note that this implicitly tests for syntax and compilation related errors.

Automatic Packaging of the code

There is a neat little tool called Goreleaser that does this exact thing for you. It provides functionality to automatically package Go code into various forms as well as releasing that code as a Homebrew Formula.

Installation works via Homebrew (brew install goreleaser/tap/goreleaser), and you can quickly get started with an initial template using goreleaser init. This creates a configuration file called .goreleaser.yml, which might require a bit of tweaking but you can get already quite far with the standard setup. See below:

Using a second Github Action we can then automate the packaging of our code. Every time we tag a commit to be a new version, I want to trigger a new release. We can accomplish this using the Github Action described below:

Note that this Github Action requires a Github secret called CUSTOM_GITHUB_TOKEN. Also note that it is executed only if the tag is written as “v*.*.*”. The following objects are then created:

In order to easily distribute the code, a possible approach would be Homebrew. Personally, I am in favor of tagging as much as possible along with software that is readily available on other machines. This decreases the barrier to adopting considerably, especially with less technical peers. You could off course also share the code directly, but then you might need to provide some support on topics such as installing Go, downloading the right packages, configure $GOPATH correctly and go through the build and install. Doing this once might not be a problem, but if you have to come back for updates or bug fixes in the future, this might become really dreadful and slowing down overall progress. I have experienced a similar scenario once, and I cannot overstate how important it is to properly package and distribute your code. Keep it simple at the user’s end.

Next to that, as I mentioned before, I recently shifted from Windows to MacOS and I would like to get a better understanding of the inner workings of Homebrew.

Please note, in order to set this up, you have to set-up an additional repository called homebrew-YOUR_APP (in my case homebrew-jengo), that stores the aforementioned Homebrew Formula and optionally a README, license, etcetera.

Anyhow, add the following configuration to your .goreleaser.yml-file and alter the values. Note that we are again making use of a GITHUB_TOKEN. Since this configuration is used to run the Goreleaser within the runner, GITHUB_ACTION is defined as an environment variable in the workflow configuration (see previous code block).

The configuration above is used to assemble a Ruby-based Homebrew formula and place it in the right location. In this case, I want it to be in this repository. The Goreleaser documentation is a bit limited, in the sense that not all configuration options and flags are explained, so you might need to just go in and test some changes yourself. However, you also have a lot of freedom in setting it up, especially with regard to the test and install steps at the bottom. This will be directly copied into the formula-definition and run as Ruby code when installing or testing the formula.

In order to keep things somewhat simple here, for testing I basically run the jengo version command and check whether the exit code equals 0. The installation is more straightforward. Since the artefact is a binary, we can simply make use of the “bin.install” functionality. You will then end up with something like this:

Personally, I found this the most complicated step. It is difficult to assess what the impact from certain settings could be. For some you can really only find out using some experimentation. Also, I had copied the initial version from Goreleaser, and I had to make quite some adjustments before I got it right for my particular case. It is working at the moment, but I also intend to further explore what options are out there and further optimise them (and maybe put them in some future post).

If you followed the steps outlined above, or if you have taken the shortcut of cloning the repo and changing the names and Go code, you should be ready to start distributing your code!

For colleagues working on MacOS or linux, simply install Homebrew and you are ready to go! Coming back to end-user simplicity, simply run:

And you should have Jengo in your $PATH:

Upgrading and testing using brew works in a similar fashion:

For colleagues working on with Windows… Well… Good luck!

Kidding!! Can you imagine?

Anyhow, I always have had to work with Windows up until a couple of weeks ago and I have promised not to become this Windows-bashing-Apple-fanboy. If you want to stick to Homebrew, depending on the restrictions laid out by your IT department, you can make use of the Windows Subsystem for Linux.

Alternatively, you could work directly with the Goreleaser build artifacts. There are Windows executables available as well, and you could just ask your peers to download and unpack it. If you are thinking about going the extra mile, you could also come up with a way to automatically distribute it. If you are planning to do so, please keep me posted!

After doing some research, maybe I will even look into creating a Chocolatey-package using Nugets myself.

On a side-note, I believe the friendly folks at Goreleaser are looking into solving this issue for you, so you could also consider the Sit-and-Wait Strategy.